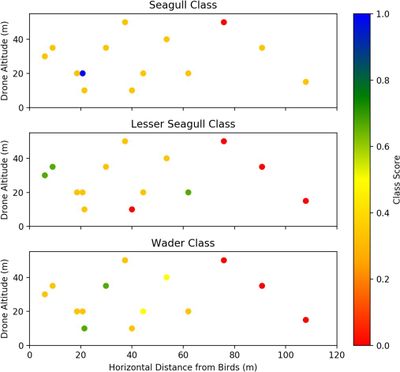 In Figure 1, one can see the Seagull Class is the only class that had a non-zero Class Score beyond a horizontal distance of 80 metres. This result is likely due to the size and contrast of the seagull specimen. Overall, no class was reliably identifiable beyond 40 metres in altitude, and about 60 metres in horizontal distance. 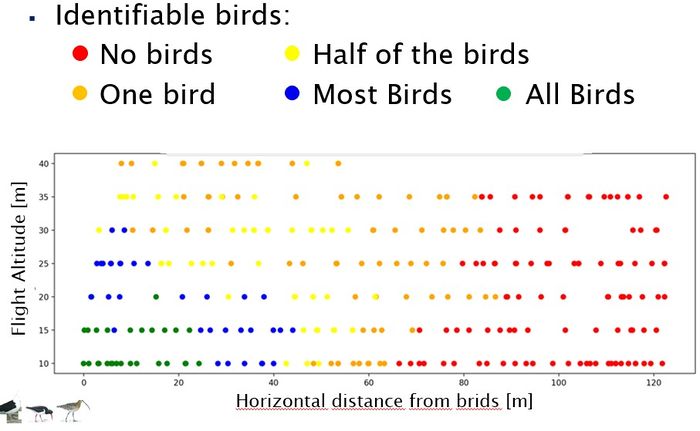 From the results, it is recommended that the Inspire 2 be flown at an altitude of 30 metres in order to reliably identify medium- and large-sized seabirds.