The Dutch strategy focuses mainly on layer 1, prevention. This region, too, counts on the safety delivered by the dikes - it is literally surrounded by dikes. In this area, layer 2, spatial adaptation, is a bit complicated – it is a very low lying area, so there are not many options, hence spatial adaptation measures are not implemented. 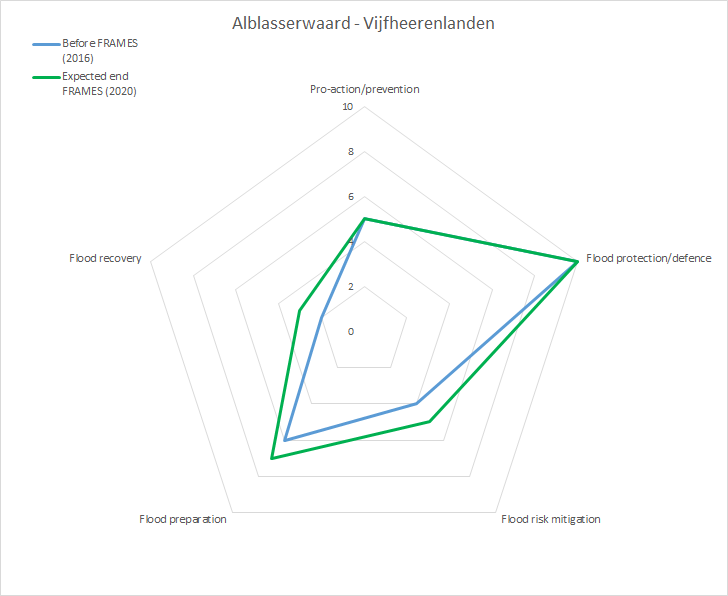 Figure 1: Initial and desired scores to reach per layer in this pilot (Baseline monitoring survey Alblasserwaard, 2018)

To measure the impact of FRAMES on improving the flood resilience of pilot areas, communities and authorities both a baseline and final monitoring survey have been conducted. The surveys were completed by pilot managers in consultation with key pilot stakeholders. The baseline survey included questions about the actual situation in 2017 (before the project started) and expectations for 2020 (see figure 1). The final survey contained similar questions, but about the actual situation in 2020 and expected situation for 2025, five years after the pilot projects are finished. All the scores for both surveys along with can be found in chapter 8 of the Transnational monitoring and evaluation report.

Together with the stakeholders of the Alblasserwaard-Vijfheerenlanden, it was examined where there were opportunities to improve safety in the area and to reduce the damage caused by flooding. This was done by means of a literature review, an expert session and a research study into the community capacity for spontaneous help during a flood. Policy recommendations were then drawn up on the basis of the results of these studies and exchanges of knowledge.

FRAMES interacted with another project in this pilot area: 'Water en Ruimte verbinden' (Connecting water and space). This project focuses on connecting water safety developments to other developments. In this project, the MLS approach is also a focal area; a link was easily established to the benefit of both projects.

An external consultant performed a literature study (van der Hulst, Voets and ten Hoven, 2017 ) in order to show what has done in each layer in the Netherlands, but in the Alblasserwaard – Vijfheerenlanden in particular. Every stakeholder approached at the start of this pilot, stated that the possibilities for applying MLS are limited or even not applicable in the area. Therefore, the consultant analyzed 25 reports from i.e. the Delta program, Water authorities and research institutions, looking at the layers. The results of the literature review were:

The Province of Zuid Holland and the Safety Region decided to do a project on spontaneous help offer during an evacuation. The aim is to do an assessment to find out what kind of groups of volunteers would come and help in case of evacuation. This assessment is scheduled for late 2019.

The Province of Zuid Holland had a sessioin with some entrepreneurs in the area. As part of the ‘Water en Ruimte Verbinden’ project, there was a meeting with entrepreneurs - FRAMES made use of this opportunity to give a presentation. Water safety in the area was discussed with the entrepreneurs. The participants were stakeholders from: a dredging company, a consultancy company, a business park in the area, an agriculture businesses, a transport company, a ship company, a company that produces aluminum parts for ships and cars, and a company that makes parts for construction. During this meeting, participants were informed by the Province about the MLS concept and the Safety Region highlighted challenges for evacuation. The participants were overwhelmed by the presentation and the topic, hence the discussion afterwards focused on water safety awareness (instead of the foreseen smart solutions for evacuation). As a result, this meeting turned into an awareness raising event: what can every company do for water safety in general. The discussions and sharing of information (examples of actions from other companies) increased the awareness among the companies. There will be another meeting with the entrepreneurs organized by the Safety Region and the municipality of Dordrecht for a project about a shelter location in Dordrecht. The solutions as a result of this meeting could potentially be useful for Ablasserwaard.

The Province of Zuid Holland has brought all the pieces together and analyzed, and has written a final report with policy recommendations.