The Belgium pilot Geraardsbergen is located southwest of Ninove in the upper stream of the Dender. The Province of East-Flanders focuses on the most upstream zone of the Dender in a sub-municipality called Moerbeke-Viane. 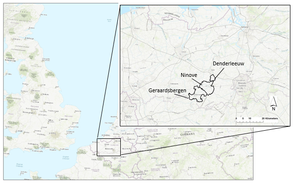 Figure 1: Map featuring the location of the FRAMES Belgian pilot areas, one of which is Geraardsbergen.

Size of the pilot area: a total area of 166 km² (sum of the 3 municipalities)

Type of area (rural or urban): a lot of residential area or urbanised zones within rural area, industrial- and retail areas, farmland, railways and roads

Relevant characteristics of the water system (main water bodies): From 13 to 104 m above sea level and the main water body is the Dender river (VMM, 2016).