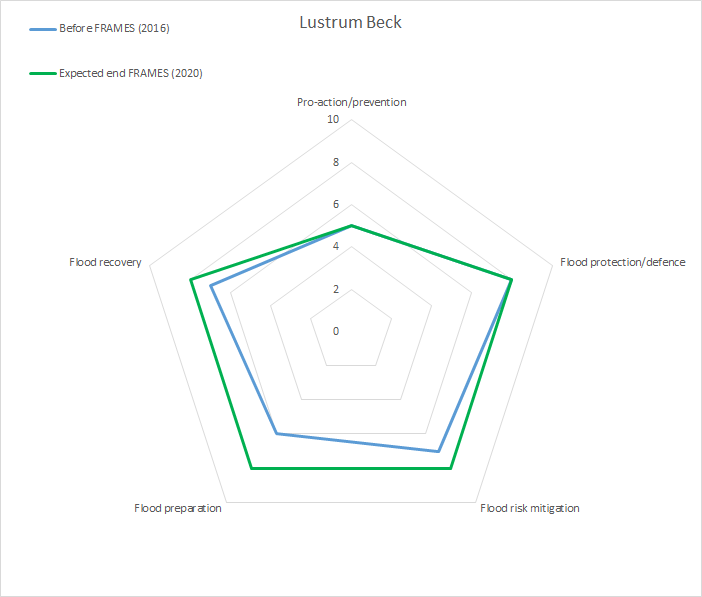 Figure 1: Initial and desired score to reach per layer in this pilot (Baseline monitor, 2017)

To measure the impact of FRAMES on improving the flood resilience of pilot areas, communities and authorities both a baseline and final monitoring survey have been conducted. The surveys were completed by pilot managers in consultation with key pilot stakeholders. The baseline survey included questions about the actual situation in 2017 (before the project started) and expectations for 2020 (see figure 1). The final survey contained similar questions, but about the actual situation in 2020 and expected situation for 2025, five years after the pilot projects are finished. All the scores for both surveys along with an interpretation, can be found in chapter 8 of the Transnational Monitoring and Evaluation Report.

• Tees Rivers Trust (non-state, regional) is a charity organisation responsible of the operational and  project management of the pilot project in Frames (interview with pilot manager, 2019). Its role is to deliver 30 ha OM4a habitat (Phase 2 of the Flood Alleviation Scheme, to be delivered between 2018-2020  (interview with pilot manager, 2018). One person from the Tees River Trust has the role of managing the project, coordinating the  project activities management, stakeholders engagement at strategic level and report on what have been done in the Lustrum Beck catchment. A second person  from the NGO has an operational role, to engage with local communities and take care of the implementation of the National Flood Management (NFM) measures. Afterwards, their role will be to develop similar projects in other area, approach catchment  that have issues with flooding such as Middlesbrough.

• Stockton Borough Council and Darlington Borough Council’s  emerging strategic local plan incorporates clear guidance and direction for developers, including the introduction of SUDS and identifies land at least risk of flooding for future developments (Baseline monitor, 2017). Created six fields (3 ha) of water-dependent habitat, contributes to the delivery of the 30 ha water-dependent OM4a habitat (interview with pilot manager, 2018). The Stockton Borough Council has a main strategic role in Frames pilot project  in that it is both the planning authority as well as the local lead flood authority (interview with pilot manager, 2019).

• The Tees Valley Strategic Flood Group meets regularly to disseminate good practice and learning on flood risk reduction at a local and regional scale and this includes planning chiefs from all local authorities in the area (Baseline monitor, 2017).

• Environment Agency (state, regional) is responsible of protecting lives and properties. Traditionally, the EA is affiliated with the Government and when a flood happens the EA and indirectly the Government get the blame (interview with pilot manager, 2019). The EA carried out the first phase of the Flood Alleviation Scheme (Completed in 2017 –comprised new and improved defences through Stockton (town) and replacement of assets), also the lead in building community resilience (interview with pilot manager, 2018) In Frames it has a technical role through sense checking designs and modelling their outputs.

• Norton Community Forum are led by residents and communicate progress and information to community network.

• Individual farmers / landowners role is changing from being food providers to provide all range of benefits just as important for staying alive as eating. The agriculture policy is changing in UK in the direction farmers for compensation to pay them for environmental services.  The results of this pilot hold examples of what farmers may in order to be rewarded for reducing flood risk (interview with pilot manager, 2018).

• Newcastle University has a technical role in doing the modeling NFM measures (interview with pilot manager, 2019).

• Northumbrian Water  (private water company, regional) wants to do something with SUDS and retrofitting streets with water butts etc. (because their surface water drains are being overburdened) Observer role in FRAMES. (interview with pilot manager, 2018).

• Highways England (State, national) creates water storage along the A66 (in the hope that it leads to less road closures), contributes to the delivery of the 30 ha water-dependent habitat (a so-called OM4a habitat). Funding role in FRAMES. (interview with pilot manager, 2018).

Step 1: use momentum / bring stakeholders together

The EA was looking into more holistic catchment management planning including implementing NFM and at that time, FRAMES was starting up as well. The Tees River Trust was asked for input and a potential area for NFM measures that would be suitable as a pilot for FRAMES. At that time, the EA had a group going out and talking to most affected people by flooding in the area. Likewise, the water company had some schemes of measures on houses to stop surface outflows. At that point, the Tees River Trust gathered stakeholders together in the same room to talk about the flooding issue in the Lustrum Beck and work together towards solutions (interview with pilot manager, 2019).

Farms in the pilot area were visited, and together with the farmer, opportunities were identified: for instance where gutters on roofs could be improved. The Tees Rivers Trust had some budget for capital works to make improvements. More importantly, areas that were not productive enough were pointed out – and these were the areas that could be used to create NFM interventions. The farmers are motivated once they understand how much soil they lose because it’s washed away due to flooding. The Tees Rivers Trust visits the farm business, and discuss the business model  output  together with farmers. The model includes information related to what the farmer’s current situation, his vision in the next 10 years, changes that may happen in the farm, their incomes, use and prices of fertilizers. Thus, model calculates the benefits

of the measures in the farm in terms of pay-backs, savings of time and nutrients which  are presented in economic values (inter

At the same time, the community downstream was informed  about  what was taking place upstream. Not only the citizens, but also the water company were brought on board, and were advised about installation of subsystems and water butts to help reduce the risk of flooding. Other stakeholders besides the farmers and water company, involved were:  the  local authority, the Environment Agency, the Forestry Commission, Natural England, and Highways England (interview with pilot manager, 2019).

Before FRAMES had started, a consultancy (Arup) identified the flood risk areas (high priority areas) in the catchment with modeling based on land use. However, the areas selected to implement the NFM measures   were done by visiting the area and discussing with the farmers. Only 9 out of 30 farmers were interested in NFM interventions. For instance, there is a farmer who has 15 ha of field where a huge wetland could be created. It was explained to him that this wetland could have wildlife and he could allow hunters to shoot ducks by asking an entrance fee. Thus, there is an opportunity for wildlife shooting market and the farmer could get an income as well as the substitute payment for having an environmental measure on the farm. However, he is still not interested (interview with pilot manager, 2019).

The Tees Rivers Trust has several handbooks with measures that are potentially effective in slowing the flow. The measures suggested by the consultancy are : wetland creation, farm land scrapes, silt traps, guttery, and one big semi-engineered  NFM  (large pond/wetland). The measures are selected and adapted to each farm looking together and discussing the results of the farm business model.

9 farmers (out of 30) were interested in NFM interventions. The engaged farmers implemented so far wetland area, sediment traps and road water harvesting, guttering among others. An agreement of 7 years was signed to ensure that farmers will maintain the measures on their farms.

Besides the small interventions on the farms, two areas will be  redesigned into NFM sites, i.e. semi-engineered wetlands. Both sites are owned by the Darlington local authority. The first one is a piece woodland and it is going to be linked to a field that belongs to a farmer and converted into a wetland. Additional trees will be planted as well, so a new, wetter area with wetland and woodland will be created, and area of 12 ha with a storage capacity of 3.000 m3. The second area is a wildlife site, with ponds and a meadow. It is called Winnies, it has an area of 7 ha, it is popular with walkers and managed by a community group (interview with pilot manager, 2019).