So far, we have covered a lot of ground cumulating in the Expertise Management Methodology (EMM) with the Expertise Management ontology (EMont) at its core. In this section, we put the theory into practice by discussing EMM/EMont applications that can be used in social innovation processes in general and in particular in the Social Theory (ST) of a sustainable, collaborative society. SSM's PQR (what, how and why) formula plays a central role. However, as we shall see, the application area of the PQR formula is strongly stretched to incorporate concepts found in other system approaches.

A word of consideration is in order here. Frequently, Laws of Form (LoF) and second-order cybernetics notions are used in this section. Although these notions provide valuable insights in systems thinking, they can be overwhelming for the casual reader. In fact, these notions can be ignored by realizing that the applications discussed here refer to reflexive domains in which element a and b act and react to each other thereby reshaping the domain in which they interact. Element a or b can stand for any kind of entity, including an individual or an organization. The idea of interacting elements is sufficient to follow the line of reasoning laid out in this section. But again, a deeper understanding of the concept of change can be gained by reading the LoF and second-order cybenetics sections.

The example of community resilience and flooding demonstrated how human activities are modeled and can be refined by applying recursive modeling techniques to the ontological elements such as Context, Activity and Goal. The recursive appliance of the PQR formula is central, which makes EMont a natural extension of the SSM’s Purposeful Activity Model (PAM). However, EMont is a much more sophisticated model that allows to incorporate the concepts found in second-order cybernetics, in particular, self-production (autopoiesis), self-reference, autonomy, and closure. EMont elements Context and Condition provide the means for this purpose. A context can be regarded as a Laws of Form (LoF) boundary separating a (sub-)system from its environment, whereas a condition connected with activities and goals can be seen as a LoF expression.

Consider two systems, a and b, that are part of each other environment and interacting with each other. This can be expressed as a LoF expression from system a point of view as

and can be modeled in EMont in an elaborated form to a certain extent as shown below. 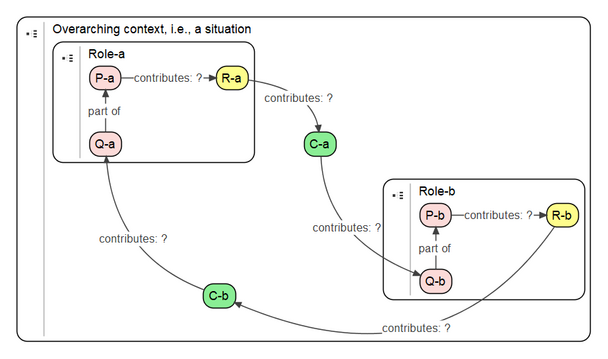 The EMont model is more detailed than the concise expression <math>\overline{\underline{\overline{_{\lfloor}a|}b}\Big|}</math> in order to show the activities (P–what and Q–how) and the goals (R-why) that cause the change in the conditions Ca and Cb. The circularity – Rolea is reacting to Roleb, which on its turn is reacting to Rolea, and so on - is clearly visible. This is the basic pattern for modeling a reflexive domain. The pattern is elaborated in several applications that also show how concepts like “re-entrance in its own indicational space” and “reflection: draw a new distinction based on past experiences” have their counterpart in EMont.

It is interesting to observe that activities in one role are not directly connected to activities in another role. One or more conditions mediate the communications between roles. This reflects Luhmann’s notion of communication, which comprises three components: information, utterance and understanding. A communication is more than simply sending a message conveying some information from one role to another. A communication is a temporal relation between two roles that is only completed after understanding has taken place. Understanding does not necessarily implies acceptance. A role operates autonomously, that is, a communication irritates but it is up to the receiving role to decide what to do next, again reflected in a communication. An EMont condition decouples the two roles involved by stating what is being conveyed (information and utterance, i.e., the condition’s state) and how it is interpreted (understanding). 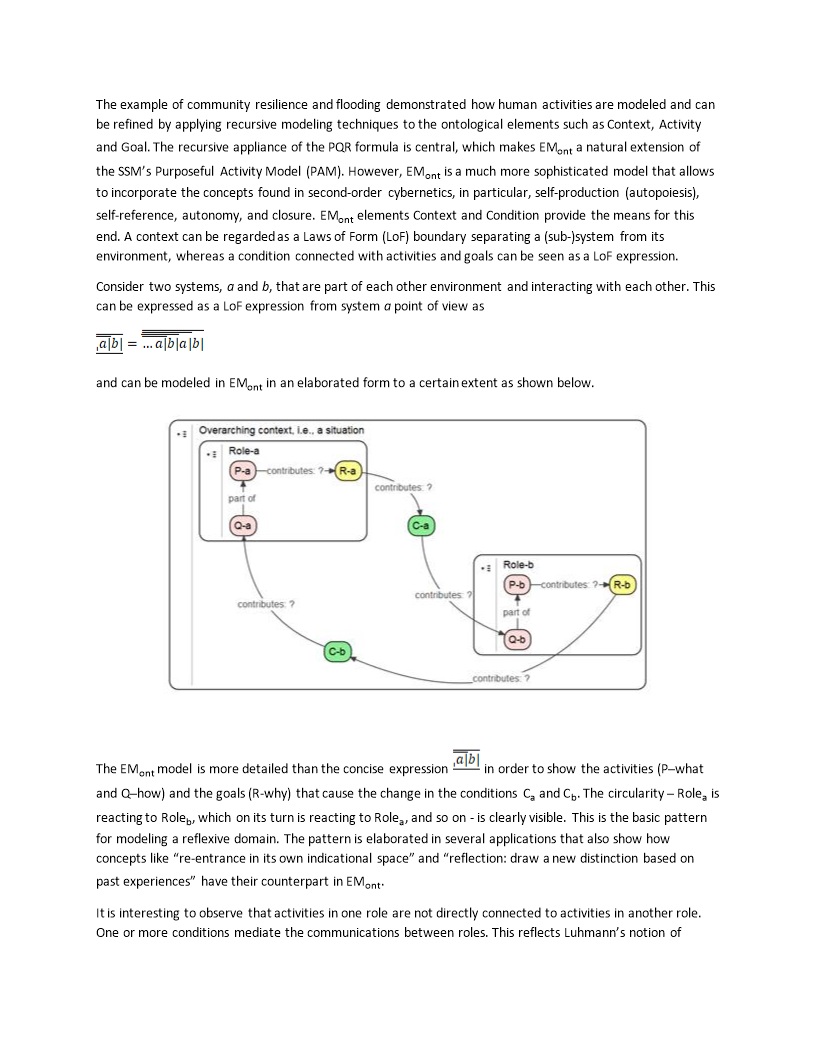 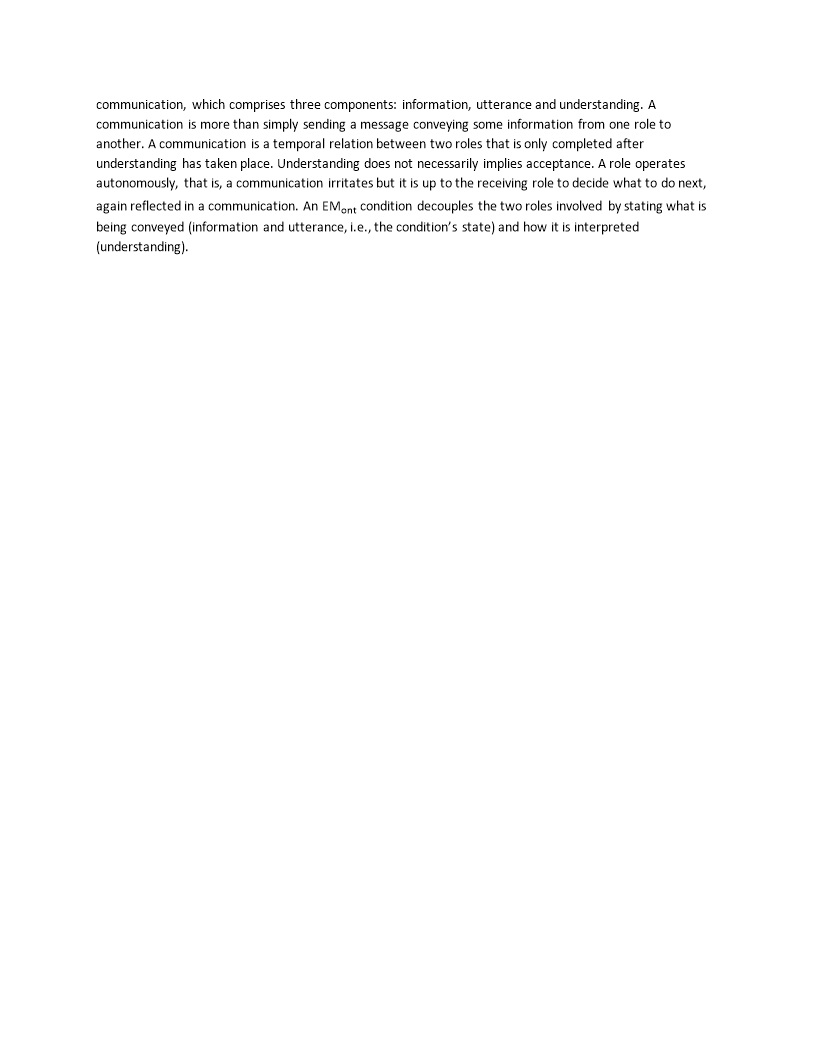